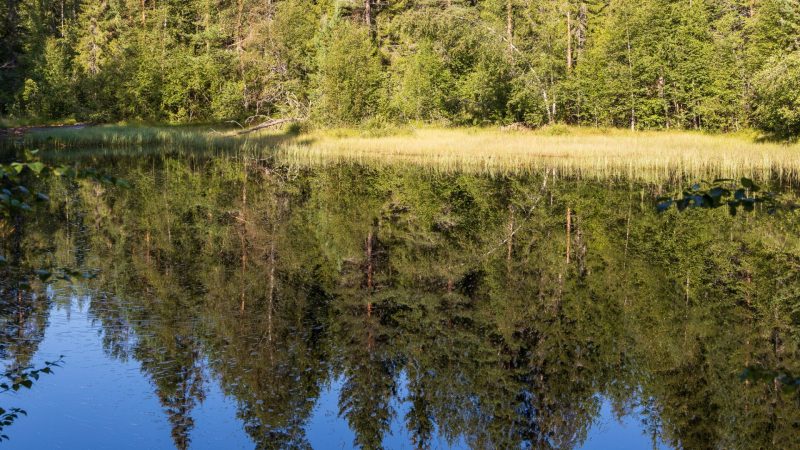 Hydropower played an important role in the time of the old summer pasture system. The large level difference from the lakes on the mainland down to Lake Siljan made it possible to tame the power of the water into mills and saws. Rivers and streams were dammed up. There could be several dams in a row on short distances.

In the shadow of Gesundaberget, a saw used to be here. Here the logs were sawn and turned into wood that was used in households and agriculture.

The sawdust remains. If you prick up your ears, you can hear a peaceful ripple from the water flowing out
dammen. Sit down at the booth, light a fire and enjoy the peace and quiet. An oasis in a small glade in the forest. A place made for contemplation.

Footnote: In Mångberg's shacks there is a working water-powered saw.